Dolomite cliffs, caves and glacial potholes, including one of the largest in the world, are some of the natural photogenic wonders in Rockwood. You can explore the area on both sides of the Eramosa River along a trail several miles long.

A unique area of glacial relics.

There are over 200 glacial outwash sites and another 100 scattered around the surrounding area. They were probably formed during the melting of the last ice age about 15-12 thousand years ago. The circular formations were formed when huge amounts of swirling water with rocks, gravel and sand were beaten into the dolomite in a fairly regular shape, resembling a well or semi-circular potholes.

How were the potholes formed?

The bedrock of the entire area is dolomite rock, formed about 425 million years ago. They began to be eroded by the huge amounts of water from melting glaciers 2.5 million years ago and 17,000 years ago, during the last ice age. Glaciers at that time covered the whole of Ontario and reached a thickness of 2-3 km

Another known site of potholes in Ontario: 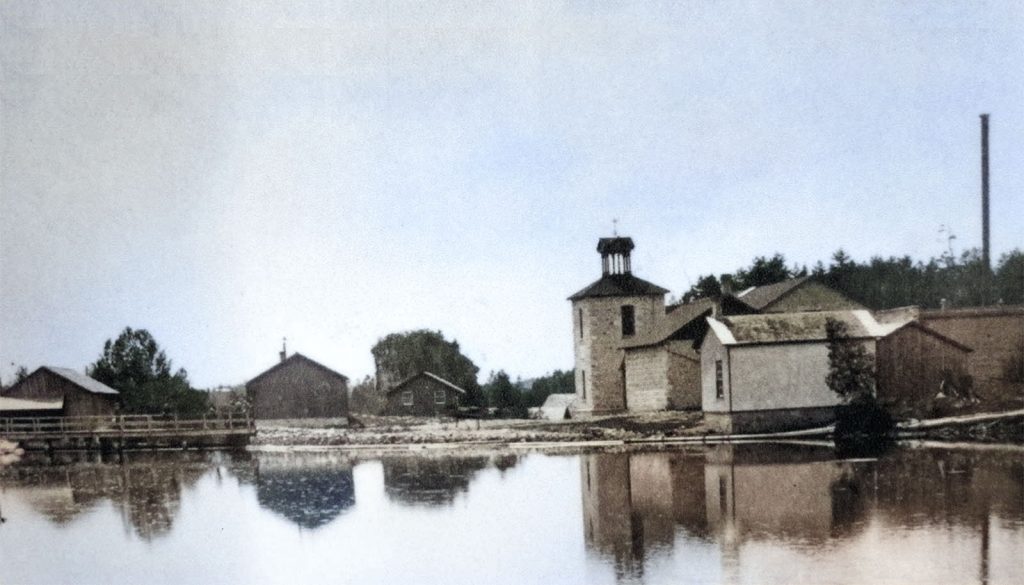 The ruins of the Harris & Co.

In 1821, John Harris arrived about the area and became the first settler. He built a small house and saw mill.
The next settler was Henry Strange, who opened a limestone quarry. The stone from the quarry was used, among other things, to build more mills.
The original name of the community was Strange’s Mills.

John Harris and his wife Jane had six sons and one adopted daughter. John Harris and his sons were very capable businessmen and built more mills and so many more people came to the area. In 1867, his three oldest sons and one son-in-law joined together and established a woolen mill under the brand name Rockwood Woolen Mills and gave the name to the entire area.
They processed wool and wove linen and were well known for their quality in their day.

The mill was originally built of wood.
But when it burned down in 1880, it was replaced with a stone structure 4 years later. It was originally a water mill, later powered by steam and finally electricity.
The First World War was a life-changing disaster for many ignorant people, but for the mill it was an extraordinary commission. Thousands of army blankets were made here.
Eventually the mill closed in 1925 because it did not stand up to the stiff competition.
The mill stood there until 1965 when it was destroyed by fire. Today, the ruins have been restored.

First in North America. The Barber Mill Dynamo in Georgetown
The Algonquin Logging Museum. Take a step back in time
Trees are sanctuaries. Whoever knows how to speak to them, whoever knows how to listen to them, can ...
Point Farm. Mystical sunsets at the mysterious Lake Huron
World-known Niagara Escarpment is an old rocks but a young escarpment
What wildflowers are in Canadian provincial and territorial symbols?
Beautiful Scotsdale Farm near Georgetown has a very interesting history
The Bruce Trail 890 km. Canada’s oldest and longest marked footpath.