This Maple remembers Columbus’ time with the first pioneers and trappers in Canada and is still alive. It is 24.5 metres (80 feet) tall with a crown circumference of 38 metres (125 feet), with the trunk itself measuring 6 metres (20 feet) at the base.

The tree is estimated (not based upon a complete ring count) to be about 500 years old.

It was named after the Comfort family, who acquired the land in 1816. The land around the tree was donated by Miss Edna Eleanor Comfort to the Niagara Peninsula Conservation Authority on April 30, 1961, area in the Town of Pelham, Ontario.

There are more such old trees in Ontario.
For example the Dwarfed cliff cedar, Thuja occidentalis, which was more than 1,320 years old, still lives in the Niagara region. So it started sprouting around 690 AD. At a time when even the Vikings didn’t know about America.
The oldest tree in Ontario is dead. The age of this unique Rock cedar was determined by cross-dating three cuts in different parts of the dead pine. 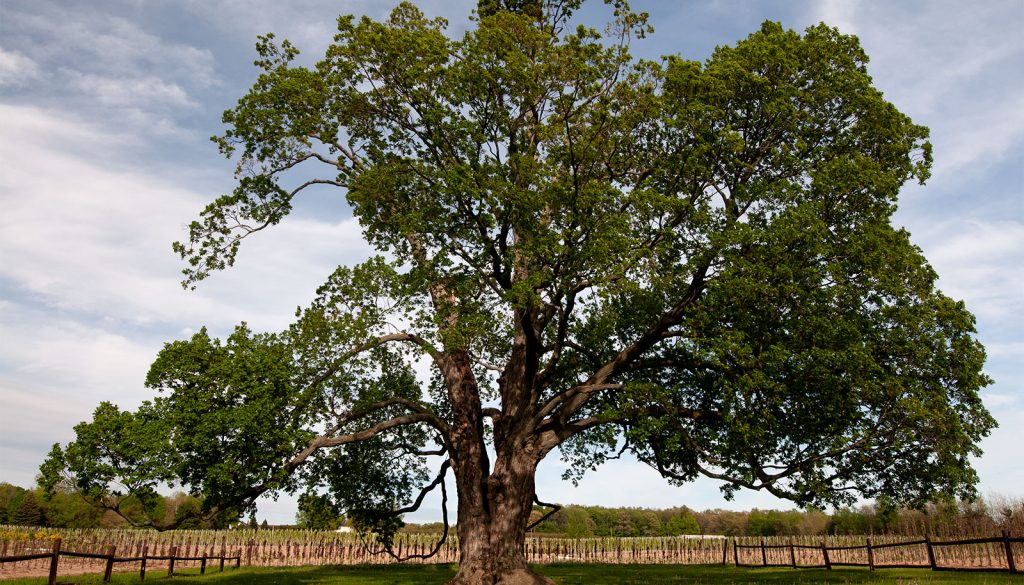 In their highest boughs the world rustles, their roots rest in infinity; but they do not lose themselves there, they struggle with all the force of their lives for one thing only: to fulfill themselves according to their own laws… to represent themselves. Nothing is holier, nothing is more exemplary than a beautiful, strong tree…
Trees are sanctuaries. Whoever knows how to speak to them, whoever knows how to listen to them, can learn the truth. They do not preach learning and precepts, they preach, undeterred by particulars, the ancient law of life…
Wandering; Notes and Sketches by Hermann Hesse

Hudson Bay, trappers, animal killing, trade, self-destruction of society
Oakville’s Community Museum at Erchless Estate
Unique Iroquoian village near Crawford Lake. Importatnt Archaeological Discover in Ontario
Over 120 years old Post Office Museum, Manitoulin Island
How did Credit River in Ontario get its name?
West Montrose Covered Bridge, also Kissing Bridge is one of the oldest covered bridges in Canada
The School´s Museum, a very old school classroom from 1898
Seattle speech. A text about the domination of an ideology, about slavery, about freedom disappearin...