Book Flora Graeca is one of the most remarkable illustrated floras ever to see the light of day. The authors, botanist John Sibthorp and illustrator Ferdinad Bauer, were beginning to gather material for the monumental Flora Graeca during their 1787 expedition.

From March 1786 to December 1787, they explored the plants and animals of the eastern Mediterranean, Sibthorp collecting and describing, Bauer producing dried specimens and creating colour-coded sketches. Bauer’s work, comprising around a thousand intricate and annotated sketches, is now considered one of the finest examples of botanical illustration. 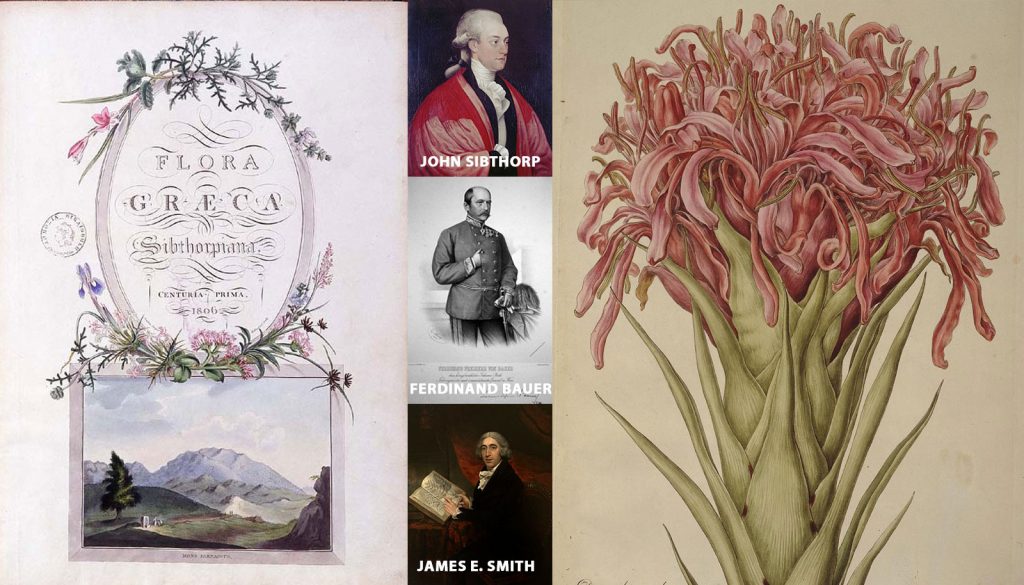 Sadly, Sibthrop contracted tuberculosis during the return from his second expedition. He died in Bath on 8 February 1796. After his death in 1796, his will stipulated that the book be published.
The work was undertaken by James Edward Smith and Sibthorp’s brother-in-law John Hawkins, who oversaw the publication of the first six volumes. He published two volumes in 1806 and 1813 and six volumes as Flora Graeca Sibthorpiana between 1806 and 1828.
Sibthorp, John. Flora Graeca. v. 1 (1806). Contributed in BHL from Lloyd Library and Museum. Digitized by Public Library of Cincinnati and Hamilton County.
The seventh appeared in 1830, after Smith’s death. The remaining three were made by John Lindley between 1833 and 1840.

The first nine volumes contained 100 plates each, with the final volume consisting of 66 plates. The hand-coloured plates were engraved in copper by Bauer, James Sowerby and James de Carle Sowerby after Bauer’s drawings.

Flora Graeca is 10 vols. in leather bound, published between 1806 and 1840.
The hand-coloured paintings feature highly successful and realistic depictions of a total of 966 species of Greek flora.
The original set was published in an edition of only 25 (30) copies, making it one of the most expensive botanical prints of all time.

One of the 25 complete copies of the first edition of this title is owned by the Lloyd Library and Museum. This copy has been digitized by the Public Library of Cincinnati and Hamilton County and is freely available to all at the Biodiversity Heritage Library. 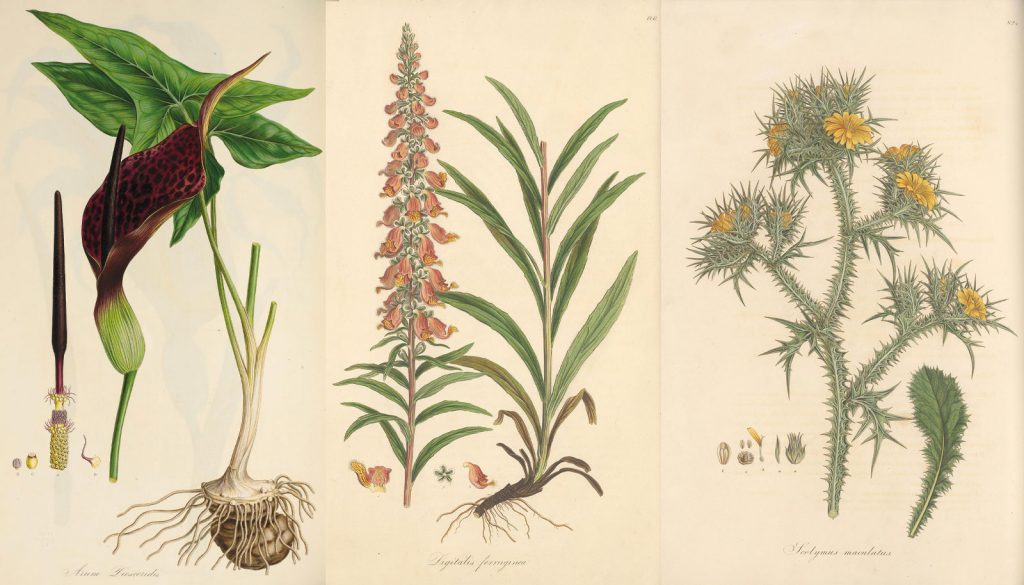 Bodleian Libraries have made available a digital scan of the complete original set.
Flora and Fauna Graeca >>

The Magnificent Flora Graeca: How the Mediterranean Came to the English Garden Hardcover – Dec 15 2007
by Stephen A. Harris (Author)