Terra Cotta is a total of 485 acres of pleasant woodland, interspersed with many trails in both flat and hilly terrain. The protected area has existed since 1960 on the site of a resort opened in 1948 by Rod Clancy north of the village. The easy trails are only a few miles long and there is a map and signage at each entrance to the area. See map. In winter the area is very good for cross-country skiing, especially on the flat former railway. 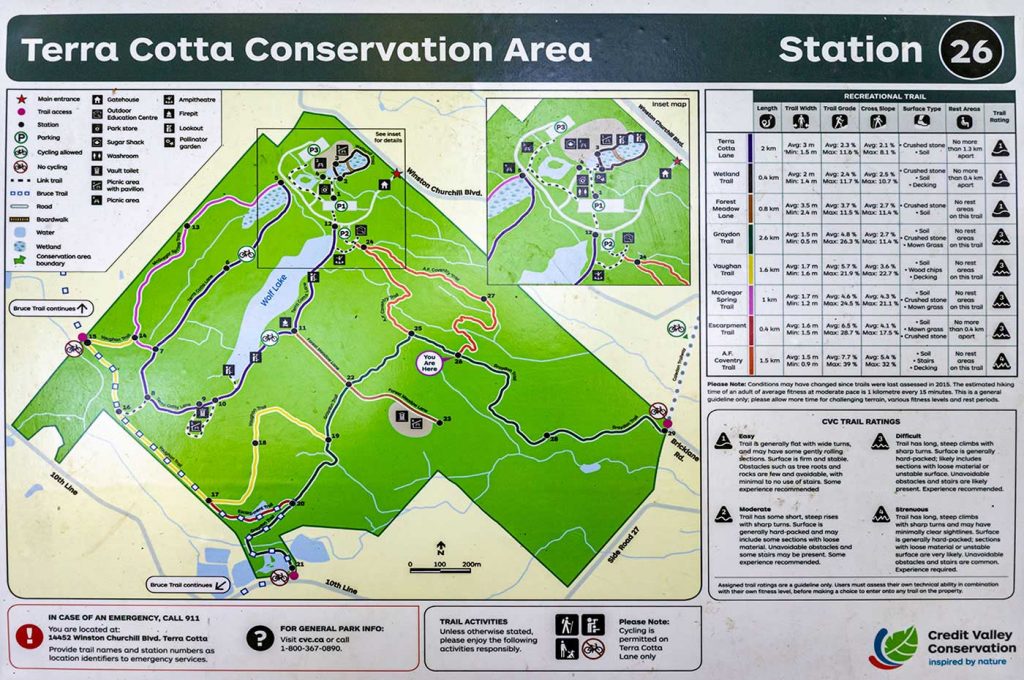 Part of the forest is artificially planted monoculture (spruce) and part is natural. You can also find trees that are several hundred years old. See the measurement procedure.
How to find out the approximate age of a tree by using a simple method

The first settlers to settle here were Joseph Kenny and John McCombs in 1822. In 1855 Henry Tucker bought 40 acres and built the first mill here. Simon Plewes came after him in 1865 and took over the mills operation.
The entire area was successively known as Tucker’s Mills, then Plewes Mills, and when the first post office opened in the area the area was known as Salmonville. This was due to the large number of salmon in the local Credit River. In 1891 the village post office was renamed Terra Cotta after the red clay suitable for firing pottery. 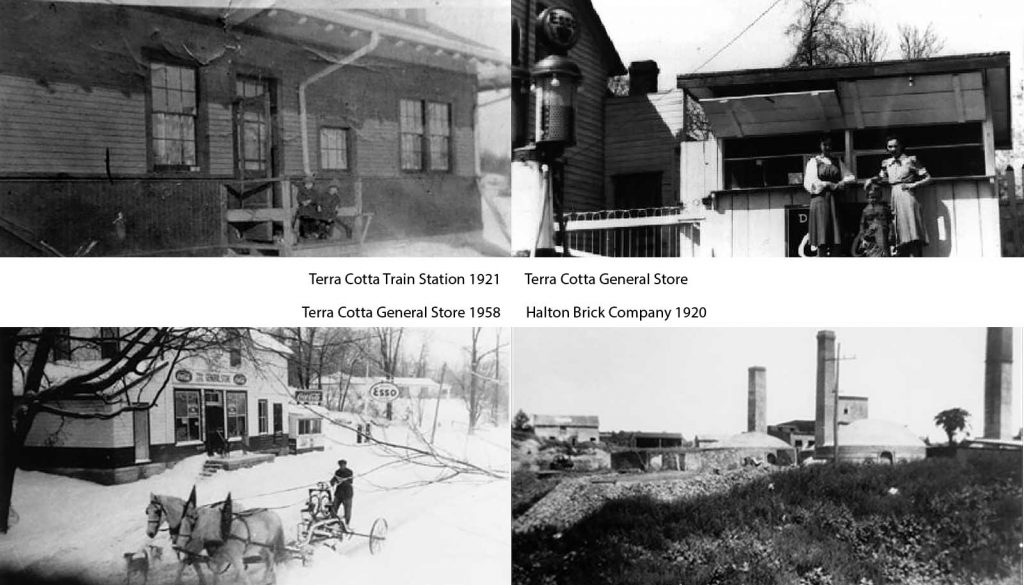 In 1863, a Methodist church was built, which later came to be used as a social hall, now the Terra Cotta Community Hall.
In 1873 the community had a post office, a telegraph office, two sawmills, a grist mill, and a population of 70.

The construction of the railroad in 1877 promoted the economic development of the area and the stability of the community. There were several brickyards, stone quarries, sawmills, mills, and farms. The railway was used to haul limestone and sandstone for many buildings: for example, the old Toronto City Hall, the columns at Union Station, the Parliament Buildings in Ottawa, and the Timothy Eaton Memorial Church.
The last of the Credit Valley Quarries quarries still operates here, and its stone is used to repair historic landmarks.

In 1903, the Terra Cotta Pressed Brick Company began operating, powered by a small electric power plant on the site of the former Plewes Mill.

In 1948 Rod Clancy opened a resort north of the village, which became the Terra Cotta Conservation Area in 1960, consisting of 485 acres of interesting natural surroundings.